A message from AGC of America CEO Steve Sandherr: 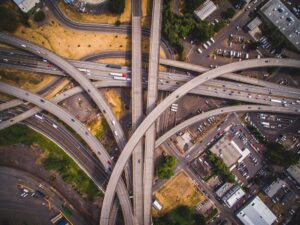 As you know, the House passed the Bipartisan Infrastructure Framework (BIF) early Saturday morning, sending it to the President for his expected signature.  This $1.2 trillion package represents historic and meaningful increases in infrastructure investment long sought by AGC.  It is the result of years of public relations efforts, educating policy makers on the economic and social benefits of infrastructure, and grass roots activism by AGC.  Unfortunately, there has been a campaign of misinformation about the contents of the bill promoted by political opportunists and disingenuous media outlets.  To set the record straight during House consideration of the bill, AGC developed a “Myths vs. Facts” document that can be read HERE.  We also created a document that summarizes the contents of the measure HERE.

As we have already witnessed, the House Democrats have had a difficult time in drafting a version of the so-called “Human Infrastructure” or budget reconciliation bill.  There is some conventional wisdom that the passage of the bipartisan infrastructure bill will provide an opportunity for Democratic “moderates” to now support the $1.75 trillion (or whatever its price tag is) social spending package. The opposite is likely a more realistic outcome. To their regret, House Democratic leaders held the bill hostage after it passed the Senate to compel the moderate wing to support the larger spending bill.  Now that the BIF and the human infrastructure bill have been decoupled, the “carrot” has been removed and only a “stick” remains to encourage moderates to back the larger spending package.  That “stick,” however is a rather thin reed as many moderates, having digested last week’s election results, recognize that their support of a bloated spending package may very well cost them at the ballot box next November.

House moderates also recognize that a House passed package—regardless of its eventual contents—will not pass the Senate.  As we all have witnessed over the past few months, Senators Manchin and Sinema hold a metaphorical yellow highlighter that will determine what is in and what is out of a Senate bill, or, if in fact there is a Senate bill.  With the uncertainty that remains in the Senate, many House moderates may choose not to walk a political gangplank of supporting a House package that stands no chance of becoming law before the Senate acts. Forcing the Speaker to postpone a vote on the human infrastructure bill until the Congressional Budget Office determines the actual cost of the proposal provides them with an “out” to withhold their support for a House proposal.

Trump Would Have Happily Signed the Bipartisan Infrastructure Bill Into Law

One of the central themes of Donald Trump’s 2016 presidential campaign was to invest $1 trillion in our aging infrastructure.  Shortly after becoming president, he raised his ask to $2 trillion and developed a policy framework that AGC and GOP Congressional leaders supported.  Many of the elements of the Trump plan are contained in the BIF.  Most notably, President Trump’s executive order commonly known as “One Federal Decision” that streamlines the National Environmental Policy Act approval process is part of the recently-passed infrastructure bill.  Inclusion of this provision was a significant accomplishment considering the strong opposition that environmental groups mounted against it.  Notwithstanding their efforts, every Democrat on the Senate Environment and Public Works Committee voted for it.  The intellectual inconsistency of the former President and House GOP leaders has been disappointing.

Had the BIF Failed, We Would Have Had to Play Defense on Partisan Proposals

The infrastructure bill was the product of productive negotiations conducted by a group of 22 Senators, equally divided by party, who were serious about reaching a deal that could garner 60 votes in the Senate.  In doing so, they rejected proposals from the progressive left such as apprenticeship requirements, prohibiting new highway capacity, and additional environmental restrictions.  Had their negotiations failed, we would have likely faced these proposals in stand-alone infrastructure bills such as military construction, highway and transit reauthorization, airport reauthorization, and water infrastructure proposals.  As a result of the passage of the BIF, we have postponed many of these battles into the future.

It should also be mentioned that had the BIF not passed the House, we would have lost a once in a generation opportunity to gain meaningful support for infrastructure programs.  It would also have stood out as a glaring example of the Senate producing a piece of legislation with broad bipartisan support dying in a very partisan House of Representatives.  The memory of that would likely chill future efforts to forge bipartisan solutions on challenges the country faces.

Passage of the BIF Undercuts Arguments to Eliminate the Senate Filibuster

Following the 2020 election, the progressive left has argued vigorously that because the 60- vote threshold needed to advance legislation makes it difficult, if not impossible, to pass legislation that the “American people want,” the filibuster rule should be abandoned.  The Senate passage of the infrastructure bill, in which 19 Republican Senators joined all 50 Democrats, demonstrated that the Senate can work as it was intended to function: to encourage compromise to pass legislation and protect minority rights.  It should be noted that those 19 Senators included the Senate GOP Leader, as well as Republican Senators from deep red states such as Alaska, West Virginia, Idaho, North Dakota, Utah, Nebraska, Mississippi, South Carolina and Louisiana. For the first time in recent memory, the Senate overcame partisan impulses to enact a bipartisan measure of significance.  Consider also that the Democratic controlled Senate continues to struggle to find 50 votes to pass the signature policy proposal of a Democratic President.  Unfortunately for proponents to eliminate the filibuster, their arguments now have less effect and influence.  Remember, keeping the filibuster is the most effective tool to keep the PRO Act from becoming law.

Conclusion: This is a Good Deal

The BIF is the most significant infusion of investment in our infrastructure since the enactment of the Interstate Highway System in the mid-1950’s.  It provides additional market opportunities for transportation contractors, heavy contractors, building contractors and utility contractors.  It demonstrates to our existing and future workforce that there is sustainable work in the years to come.  Yes, there are provisions in the package that will make some members wince when they read them.  No bill is perfect, but on balance this one is better than we could have expected in the current political environment.

Links for more information on the recently passed Bipartisan Infrastructure Bill, including a summary, state-by-state fact sheets, and myth vs facts.